Hello!  I hope your summer is going well and you are not too hot. There has been some pretty intense heat since I last wrote and I’ve been clinging to the shade and wearing my broad brimmed straw hat a fair bit. This kind of weather is a very strong reminder of how important trees, and the shade and cooling effects they offer, are as we alter our climate and can expect more extreme weather and ‘heat island effects’ in our cities. It is also a reminder of the incredible role that urban trees play in improving our quality of life. That’s something the garden city excels in with its emphasis on green landscapes. For me, maintaining and extending that capacity in the garden city’s green streets and parks, its greenway, gardens and stock of large trees, is a crucial aspect of garden city stewardship.

I decided to combine the blogs for June and July because I thought things would rather slow down in this summer period but in fact there has been quite a bit going on to tell you about. In June I attended this year’s Royal Town Planning Institute Planning Convention on the theme of ‘Resilient Planning for Our Future’ and was very pleased to see that garden cities were definitely on the agenda. A number of speakers talked about developing new garden cities in the context of resilience generally and meeting housing needs as a key aspect including through garden city-sympathetic self build approaches. There was even a ‘land value capture’ masterclass and it was excellent to see that the core Garden City principle of collective ownership of land (and the increasing value which comes from it) was being explicitly taught to planners as central to developing places.

I also had the good fortune to be invited on an ERASMUS funded research and teaching trip with colleagues from the University of Hertfordshire to connect up with Dr Stéphane Sadoux and his colleagues at the Laboratory for Building Cultures which he directs at the Grenoble School of Architecture. Part of a series of very useful discussions was about developing a multi-disciplinary summer school focusing on the built environment and we will be exploring the nature of planned settlements including garden cities internationally through that method.

I was also invited to speak at and take part in a ‘design charrette’ at the Prince’s Foundation in London - an intensive participatory, multi-day planning and design workshop - as part of a substantial Arts and Humanities Research Council funded project on healthy soils in cities being run by Dr Benjamin Vis, Dr Dan Evans, Dr Matthew Hardy and Prof Julia Stegemann. The participants were a fascinating and diverse group from all sorts of places - Brazil, Argentina, the Netherlands, Germany, the USA, Mexico, and more - and the participants included all sorts of different expertise from archaeologists, to planners, urban designers, architects, soil scientist and engineers. This might sound like it does not have much to do with garden cities but in fact one of the notable aspects was that much of the work at the charrette looked at what have been successful ways of making settlements that have kept soils healthy and productive too. This spanned everything from Mayan cities of thousands of years ago - which are often described as the world’s ‘first garden cities’ based on their forest gardens - to much more recent examples, as well as proposals for new cities today which were often broadly garden city in nature. It was a fascinating experience and reminded me again of Howard’s prescience in focusing so much attention on healthy soil as a basis for a localised food system.

Another exciting development was being asked by Katy Lock and colleagues at the TCPA to work with them on producing a guide linking garden cities and food. I of course accepted with alacrity and will be contributing to that work in the coming months. I will tell you more about that initiative as it progresses.

On the publications front, I’m very pleased to say that we will be launching a new Garden Cities Perspectives Paper in the next few days - our fourth in the series. The paper is entitled ‘Garden Cities – Visionary, Popular and Viable?’ and has been written by me with colleagues Anthony Downs and Gavin Murray, and with illustrations prepared by Pablo Fernandez. It is based on, and extends and updates, an entry we submitted a few years ago to the Wolfson Prize about making a new garden city (for which we were commended). In the paper we explore these three aspects in detail - of vision, popularity and viability - and I hope make some useful arguments and suggestions about how all three can best be tackled. That document should be posted on the International Garden Cities website shortly so please look out for it to read online or download for later.

Another lovely thing that happened recently was being contacted by Danish garden city scholars, Peter Dragsbo and Helle Ravn, about their excellent research into the fascinating world of Danish garden suburbs and villages.  Peter and Helle have prepared a really remarkable illustrated Perspectives Paper for us on these and that’s in production now and will appear next month (September).

In between other things I have also been working on research about garden cities and suburbs in Malaysia and Singapore and I hope that will also be published soon. There are some really intriguing aspects to cover in this history and contemporary practice which will I think be of interest in relation to how garden cities have developed around the world depending on unique locational circumstances. With my colleagues at the IGCI we are keen to make our series of pamphlets about garden cities in different countries (we have quite a few of those researched and written now) available online as well as in hard copy. So that is something else to look out for in due course. I will report back about that when they are posted online.

Well, that is all from me for now. I am heading off on my summer holidays and looking forward to speaking to you again later in September. 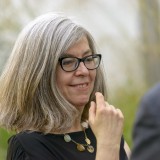