The International Garden Cities Institute is the realisation of a long-term ambition by founder Letchworth Garden City Heritage Foundation to bring together expertise to showcase Garden Cities from around the world as a solid model for new development, in recognition of their global influence.

Homed in Letchworth, the Institute will benefit from the diverse knowledge and experience of our Academic and Founding Partners and President.

The Institute has a very strong focus on learning and understanding of Garden Cities and the wider context of planned settlements which is being pursued through our partnership with our lead academic partner, the University of Hertfordshire as well as through our other academic partners.

As lead academic partner, the University of Hertfordshire is governing its partnership through a management group led by Professor Jonathan Morris and is being represented by Dr Susan Parham who is the Institute’s first Academic Director.

We also have academic partnerships with Sichuan University, China, Centre of Excellence in Architecture, Environment & Building Cultures (LabEx AE&CC) at the Ecole Nationale Supérieure d’Architecture de Grenoble in France and Cambridge University in the United Kingdom. 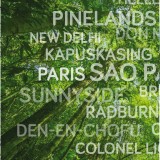