Hello!  I hope you have enjoyed an excellent summer - and are also enjoying getting back to work now that those autumnal currents are starting to make themselves felt. I’m always struck at the end of summer by how fast the change seems to come from bright green leaves to the yellows, oranges and browns of the thinning tree cover. Fortunately there are lots of interesting things happening at the International Garden Cities Institute to distract me from any melancholy seasonal thoughts and I want to share some of that news with you.

Early in September I attend the Planning Schools Forum and the UK and Ireland Planning Schools Research Conference held at Sheffield University. There were some really excellent papers on all sorts of aspects of planning and in the conference track on ‘Planning for food in the historic and future city’ I was able to present a paper which included discussion of Letchworth’s food situation and opportunities for design-led ‘retrieval’ of food based on garden city principles.

Also in September I was lucky enough to attend the ‘kick-off’ meeting in Berlin of the Edible Cities Network research project (‘EdiCitNet’ for short) within which Letchworth secured grant funds to take part as a ‘follower city’. As the project’s webpage explains:

‘The systemic use of urban landscapes for food production is a major step towards more sustainable, liveable and healthier cities. A multitude of initiatives around the World, however fragmented, are prospering, forming a global movement of Edible Cities. Their products, activities and services – the Edible City Solutions (ECS) - empower local communities to overcome social problems by their inclusive and participatory dynamics and to create new green businesses and jobs, and thereby generating local economic growth and fostering social cohesion.’

EdiCitNet is a large scale European Commission funded project that is involving a large number of partners from cities, universities and NGOs in Europe Africa, Australia and Central and South America in exploring positive ways that cities can build resilience in food terms. It was a fascinating meeting that took place in an old Malting factory – the Malzfabrik - which was itself a stupendous piece of early 20th century industrial heritage that has been re-purposed as a series of arts and cultural spaces. At the three day event I heard about a large number of initiatives that cities are already undertaking relating to their food system and have sent the research partners a tranche of material about Letchworth too so they can understand more about LGC’s food history and contemporary situation. As the research unfolds over the next five years it will be a fantastic chance for other cities to learn from Letchworth’s garden city ideas about food (as you know these were really important to Ebenezer Howard’s vision for the garden city) and for us to also learn about good ideas and projects elsewhere that we might look at applying here.

While in Berlin I took the opportunity to go and walk around the Neuköllnarea I the south east of this vast city which has some really intriguing garden city influenced housing and streetscapes from the early 20th century. I took a good look at Bruno Taut and Richard Wagner’s ‘horseshoe’ shaped housing estate. One of the nicest things in the area was the very green landscaping thought to have been designed by the eminent Leberecht Migge and reminiscent of the garden city focus on trees and boulevards.

Sadly my Berlin commitments meant I was not able to attend another really fascinating symposium being held in Paris at the Sorbonne on The French and British New Towns Experiments: Lesson for the Future? But colleagues who were able to attend reported that it was excellent. The way that new towns extended (and departed from garden city ideas and principles remains an area of huge interest academically and in an applied way.

Finally, at the end of September I took part in a field trip to Letchworth with my Sustainable Planning Masters students from the University of Hertfordshire to explore the garden city’s planning and urban design heritage and current practice. We were expertly hosted by the Heritage Foundation and really benefitted from visiting the International Garden Cities Exhibition and going on walking tour guided by Josh Tidy, Town Historian and Curator of Heritage Exhibitions, followed by an excellent presentation and discussion with David Ames, the Foundation’s Executive Director, Stewardship and Development. The students found it really thought provoking and it was a unique opportunity for them to see a garden city actually working as a real place.

Well, that is all the news from the IGCI on the research side in August and September. I will be back to publishing a monthly blog from October and look forward to connecting with you again in a month or so with an update! 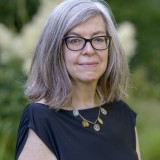