Celebration: A view of Disney's vision of a Garden City

Wherever you may travel around the world, chances are that you are never too far away from a place that has been influenced by the principles of Ebenezer Howard and the Garden City Movement.

Florida is no exception to this and if you find yourself near Orlando visiting the theme parks, I would highly recommend a visit to Disney’s own Garden City, Celebration.

With a population of just under 7,500 and with more than 5,000 acres, it represents Disney’s view of settlement planning, so I admit that I visited with some trepidation.

However, from an urban design perspective, it is well designed, with high quality public realm, an abundance of open space and good quality buildings within a respectful scale. The layout is somewhat typical of new urbanism design principles, found at other similar scale developments, such as at Seaside on the Gulf Coast, designed by Andres Duany, creating comfortable well planned neighbourhoods, which are very walkable and cycle friendly.  The scheme shifts away from the slavish adherence to the grid, often found in American towns, with well managed road networks, street parking and respectful scale of built form.

The master plan was by Cooper, Robertson & Partners and Robert A. M. Stern, the latter of which is the lead author of the seminal Paradise Planned: The Garden Suburb and the Modern City.

This has created a settlement that sits within a landscaped setting, with a linear park, a significant water feature and access to the countryside, which is particularly in contrast to its close proximity to the main motorway network.

The development was undertaken in the late 1990s and took the approach of a series of villages, along with a town centre, which provides a good range of services and facilities.  It also includes the University of Stetson campus, hotel, town hall, cinema and health facilities.

The cinema certainly has a feel of Disney to it, but once outside these public buildings, the housing is well detailed and domestic in its scale.

Residential streets have tree lined corridors, with a strong structural landscaped approach and as is the case with many New Urbanism schemes, the influence of Raymond Unwin can often be seen in the approach to layout.

Layouts can be very formal, but there are also a series of streets than meander from main boulevards.

The town centre is accessible within the development and provides a contrast to much of the remainder of the village.

The Garden City principles around land value capture appear to not be applied at Celebration, so although not a Garden City in truest sense, it is an interesting and attractive place to visit and a demonstration of New Urbanism design in practice. 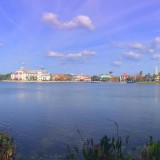 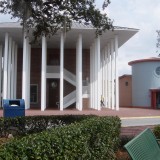 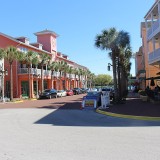