I thought this month I might be looking at the wash up from the general election – the result of a hung parliament was surprising enough but seems in some ways to have been overtaken by other events. It has been a pretty awful few weeks – with the dreadful Grenfell fire, the terrorist attacks in Manchester and London, and their aftermath. What has emerged is the incredible courage and resilience of people in the face of these terrible events – those who have been victims, residents and visitors to London, our emergency services, our doctors, nurses and other health workers, and all the many people in local and wider communities who have pitched in to make things better rather than worse. As someone who works on how we make cities, like many others I’ve been reflecting on our capacity to create the most beautiful and workable places, how that can also be undermined in devastating ways, and what we can do about it.

At the International Garden Cities Institute we are of course incredibly interested and concerned with building types, designs, construction methods, materials and retrofitting techniques that reflect the Garden City model. I have been thinking about a number of questions: Why has Letchworth’s ‘vernacular’ architecture of cottages, semi-detached houses and rows of terraces gone on being something people have really liked over the 20th and 21st centuries when many of us seem to have fallen out of love with high-rise buildings? Have recent events made it clear that we should not build anymore high-rise towers (at least for social housing purposes)? Should we try to fix up the increasing number of towers that have serious fire safety problems if their residents prefer that, or knock these buildings down and remake their sites into lower-rise, more traditional housing and streets for people in all tenures? These are the issues we are all grappling with now.

It is hard to argue against the view that Letchworth – through its long¬-term stewardship model – has reaped rich social and environmental benefits for individuals and the Letchworth community. That is in considerable part about making robust buildings and places and dealing with the vexed problem of land value capture that makes it so hard to create new affordable good quality housing where it is needed today. Given that, it was instructive to attend a ‘New Towns, New Cities: Places of Diversity and Innovation’ symposium last Friday (30 June) in Milton Keynes put on by the Academy of Urbanism as part of MK CityFest. This was both a celebration and an exploration of the new town and I was looking forward to hearing from academics and others involved in developing new towns what they think of them now – particular in comparison to garden cities. I wondered: are new towns seen as a ‘modernist’ interpretation of Ebenezer Howard’s principles?

A highlight of the day for me was a really fantastic presentation by Professor Robert Fishman, the eminent scholar of 20th century settlements. It was heartening that Prof Fishman started by showing us a large image of Ebenezer Howard and noting that he remains a figure ‘who is still ahead of us…a figure who had the hope and imagination no-one today can bring to the subject’ of urban settlements. Prof Fishman argued we should continue to learn from Howard who was interested in social justice and progress and who developed a complex vision of both dispersion and concentration of population, which recognised and responded to the way that high land values ‘were a great machine for inequality and transfer of wealth’. Garden Cities pointed out Prof Fishman remain cities in balance in a way that continues to challenge planners today.
The Garden City in Howard’s conception, created ‘a landscape of cooperation…in which the growth of land values did not go to speculators but to communities to enrich the place in which they lived…Howard was in many ways ahead of us in bringing together design and social purpose and in dealing with the impact of new technologies’. Prof Fishman also pointed out that with Howard’s ideas formed in the era in which railroads and automobiles were gaining ascendency he was able to find ways to accommodate but avoid simply organising space around cars.

In the post-war New Towns era Prof Fishman noted that the coming together of the superblock, the neighbourhood unit and single land use zoning within a real estate speculation model failed to achieve ‘the careful orchestration’ of the pre-war new town town-making. Instead it led to ‘dormitory housing’ based sprawl with road networks where collector and arterial roads became no-go spaces for people and the towns themselves became less and less walkable. In fact, pointed out Prof Fishman, the recovery of American cities in the last thirty years or so has been about building back in transport oriented centres and neighbourhoods. I can’t do proper justice to his talk here but I have asked Prof Fishman if he might write a think piece on this for us at the Institute and so do look out for that in due course.

In other news I am very pleased to say we have two fascinating new pieces either out or about to go on our website.  ‘Are Garden Cities good for you?’ by Nicholas Boys Smith and Laetitia Lucy from Create Streets sets out the findings of Create Street’s research into links between urban form and wellbeing and ask if garden cities fit the model of wellbeing optimisation. It will be on the website in the next few days and it’s a great read!

Already on the IGCI website is a terrific think piece on ‘Future Proofing India’s Medium Sized Cities’ by Dr. Nicholas Falk (who was one of the winners of the Wolfson prize on how to make a new garden city that is visionary, viable and popular)
http://www.gardencitiesinstitute.com/research/think-pieces 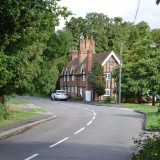 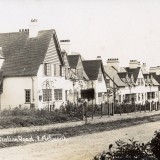